We are quantifying sequence differences of entire genomes for individuals within and between populations and among species in order to understand the evolutionary processes underlying genome evolution. We are particularly interested in the interface between evolutionary forces — to characterize the interplay between natural selection, recombination, mutation, genetic drift, and population demography. 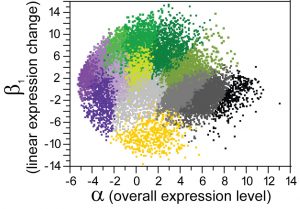